Creative Lab “Digital Possibilities for Accessibility in the Performing Arts” 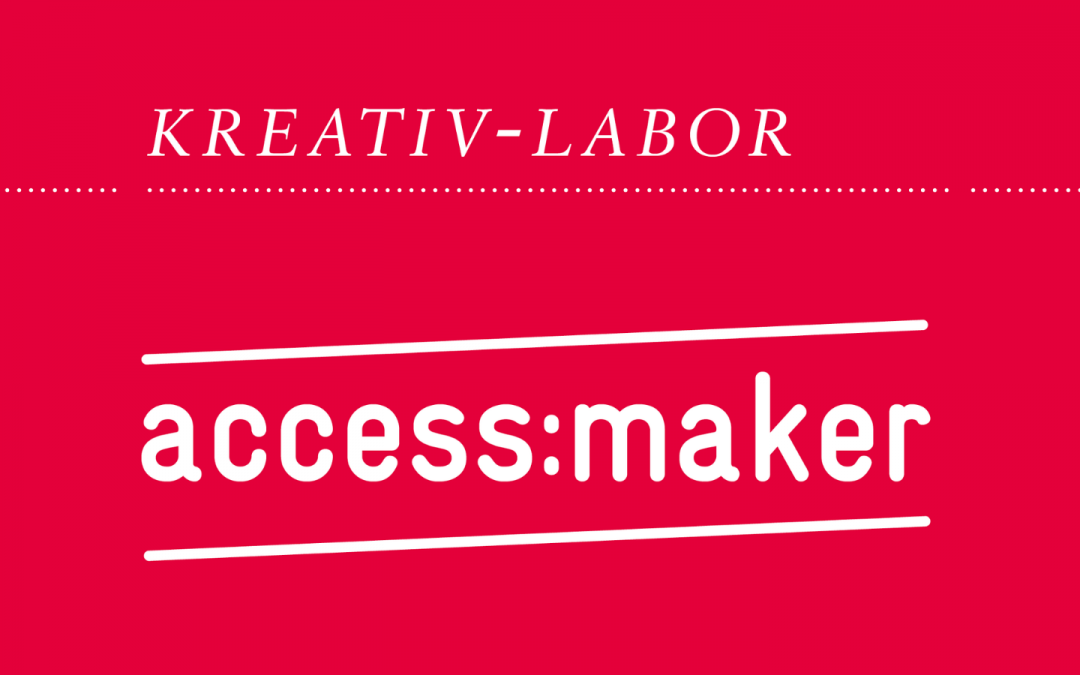 Our Creative Lab brings together selected international experts from the inclusive cultural sector with cultural practitioners from the performing arts in Germany.

Digital Possibilities for Accessibility in the Performing Arts

Technicians, directors, dramaturges and anyone interested in digital innovation (even without prior knowledge) Number of participants: max. 20 – 25 participants

DIGITAL POSSIBILITIES FOR ACCESSIBILITY – At the creative lab you can expect a wide repertoire of digital interfaces and possibilities for accessibility in the performing arts, creating individual and innovative access for a broad and diverse audience. Whether creative captioning, the use of software, smart glasses or virtual reality: our mixed-abled and experienced team of speakers will provide you through presentations, lectures and practical workshops with digital tools to make your productions accessible, diverse and attractive. It will be exciting for technicians as well as for directors, dramaturges and all those interested in digital innovation (even without prior knowledge).

The Academy for Cultural Education in Remscheid, located in the middle of nature, has very beautiful, spacious, accessible workshop rooms in which your collective creativity can fully unfold from a variety of perspectives in exchange with international speakers and colleagues.

The nationally and internationally renowned speakers have years of experience in the creative use of new technologies and are key players in shaping new developments in digitization and accessibility in the performing arts.

The seminar will be held in German and easy-to-understand English.
Simultaneous translation by professional interpreters is possible throughout if required, see “Accessibility”.

Single or double room with shower. Full board.

All meeting rooms are accessible.
The Academy has a limited number of single and double rooms with varying degrees of accessibility – please be sure to specify your exact accessibility needs when registering.

We will provide the following assistants if needed, please be sure to indicate the need when registering:

Participation with own assistance is free of charge.

For Questions and further information:

To ensure intensive work in small groups, the workshops by Ben Glover and Nickie Miles-Wildin as well as David Maß and Maria Wünsche will be offered in parallel – alternating so that participants can attend both workshops.

The Flying Interpreter – Digital Accessibility in Virtual Reality (lecture) – David Ortmann
How can analogue, accessible offers be creatively transferred into the digital space? Using the VR production Judas, which exists in a version with sign language interpretation, we examine possibilities, pitfalls and perspectives for breaking down barriers in the virtual theatre space. What is possible in the digital world that is not possible in the real world? How can projects be realised not only for but also with the deaf community? And what next steps can we take? Part of the lecture is also the practical testing of the VR glasses with the interpreted 360-degree film.

Reflection and transfer to own practice (plenum) – Nickie Miles-Wildin

Ben Glover is a deaf video designer and creative captioner who uses interdisciplinary skills in both creative and technical fields producing innovative and often expressive creations typically informed by his background in theatre, film and computing. He is a recent Fellow of the Royal Shakespeare Company for his research on creative captioning.

Nickie Miles-Wildin Nickie Miles-Wildin has a wide and varied career: she is a theatre and radio play director and workshop leader. Her passion as a theatre maker is “Aesthetic of Access” and plays that address the prejudices against disabled people.  She is the former artistic director of DaDaFest and  Associate Director of the world-renowned theatre company Graeae. Both organisations are run by Deaf and disabled cultural practitioners and have been campaigning for equity in culture since 1981. Nickie is also co-founder of TwoCan Theatre in Gloucestershire. Her most recent theatre productions are Little Bits Of Ruined Beauty Leave The Light On For Me and for radio Love Across The Ages.

David Ortmann has been part of the acting team management and lead director at the Staatstheater Augsburg since 2017. Whether on large or drama stages or in urban space (Tatort Augsburg), with audience participation (Wunschfilm) or everyday experts (Schuld und Bühne) – new forms of theatre and a close relationship with the audience accompany his work. He contributed the 360-degree monologue Event and the interactive virtual reality series Solo to the new digital section. In Augsburg, he is also actively involved in providing accessible services for audiences, such as regular audio descriptions and sign language interpreting. The STAATSTHEATER AUGSBURG is a four-part theatre and the third state theatre in Bavaria after Munich and Nuremberg. In recent years, the theatre has made a name for itself not only with its classical repertoire work but also with its social and artistic focal points, including the Climate Festival at last and the founding of its own digital section. André Bücker has been the state director since the 2017/18 season.

Panthea is a network of experts dealing with different approaches to the performing arts. In addition to surtitles in various languages for numerous plays, Panthea also develops its own software, [S], as well as the mobile accessibility solution panthea.live. Panthea advises (music) theatres and festivals on the planning and implementation of flexible solutions or permanent installations and participates in international research projects, e.g. with the University of Antwerp and the City Theatre NTGent.

Speakers at the Creative Lab will be David Maß, CEO Panthea Germany and Maria Wünsche, subtitle and surtitle expert.

Max Schweder is a digitalist, musician, performer and producer.

He works as a creative coder for Koproduktionslabor Dortmund and as a freelance digital artist, realising a variety of projects such as the ARD cultural production Einklang (ARD Mediathek – Einklang). As a member of Un-Label, he creates accessible stage productions and holds workshops in the field of creative accessibility and inclusion.

Max releases his music as a solo artist under the pseudonym Strange Attractor and together with Tobias Hartmann in the duo CYLVESTER. With CYLVESTER he also realises digital art projects such as ALL YOUR BASE. Max is, among other things, a fellowship alumni of the Akademie für Theater und Digitalität Dortmund. As an artistic research assistant at the Conservatoire Antwerp, he co-developed interactive performances such as EMPTY MIND.