The dance theatre project Verflüchtigung explores the foreign, the other, the common, the excluding and the longing for normality. These issues served as a magnifying glass for 20 artists with and without disabilities from across Europe to examine the possibilities and difficulties inclusion and socialisation bring about.
Skip to content 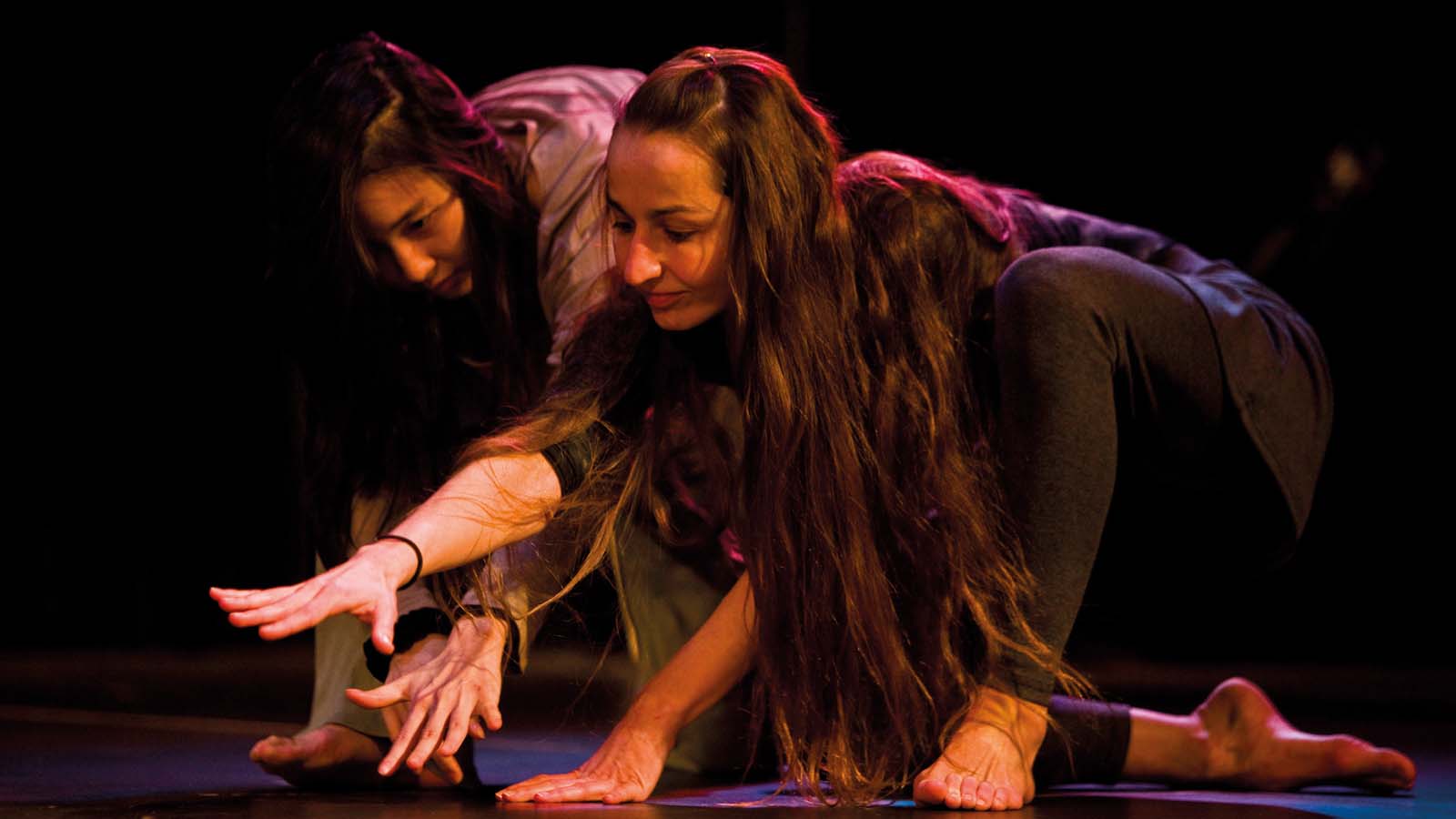 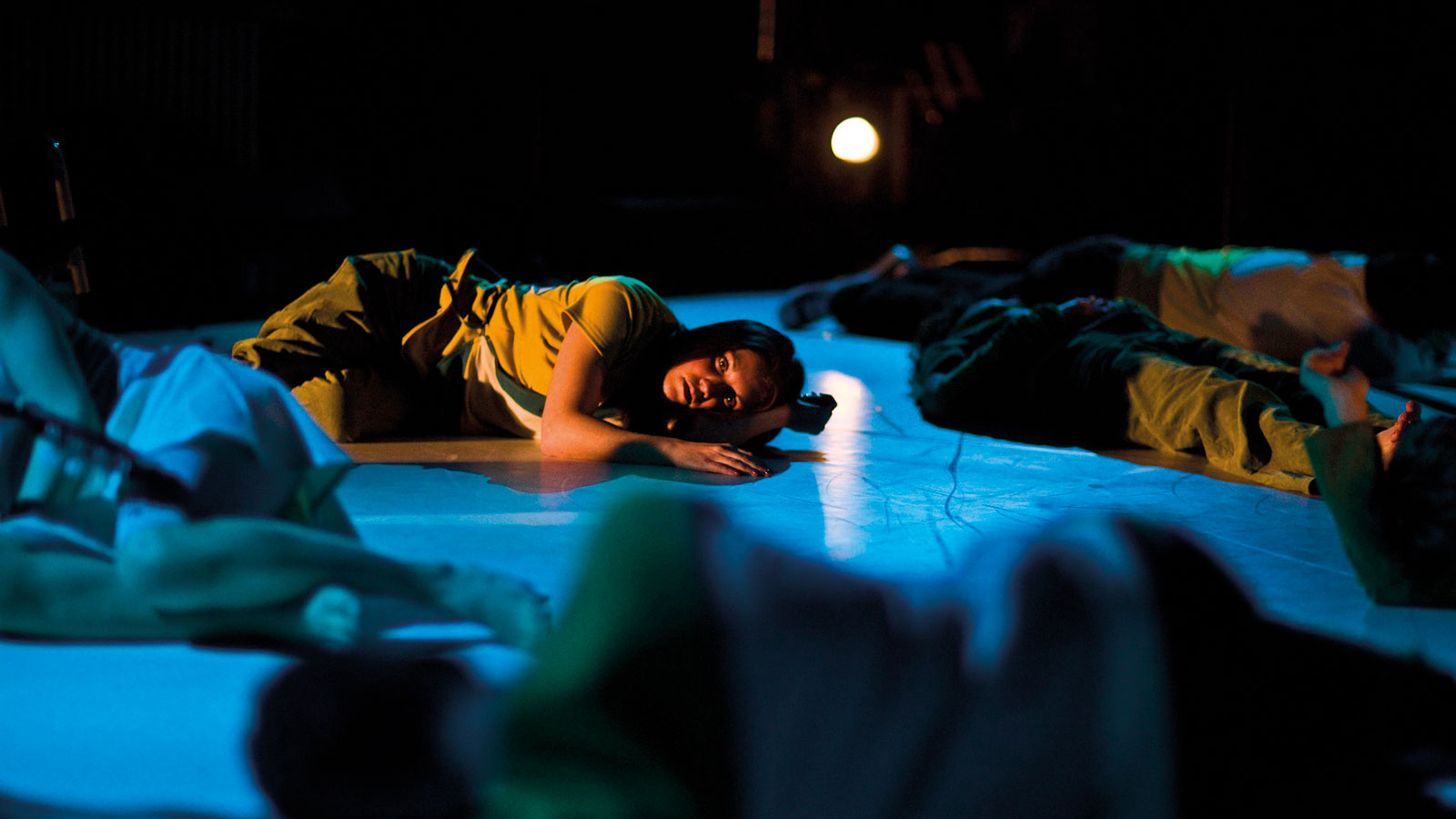 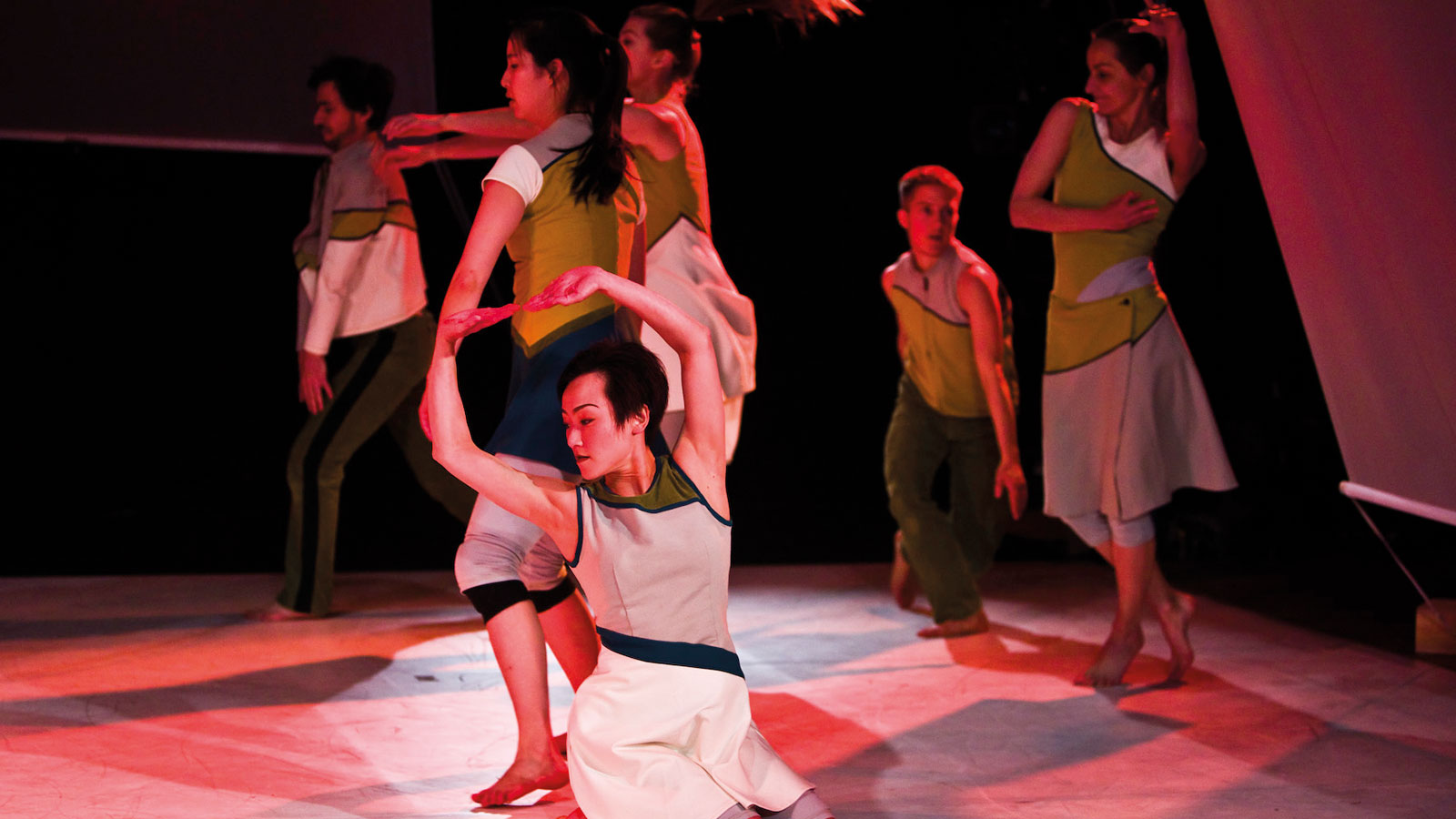 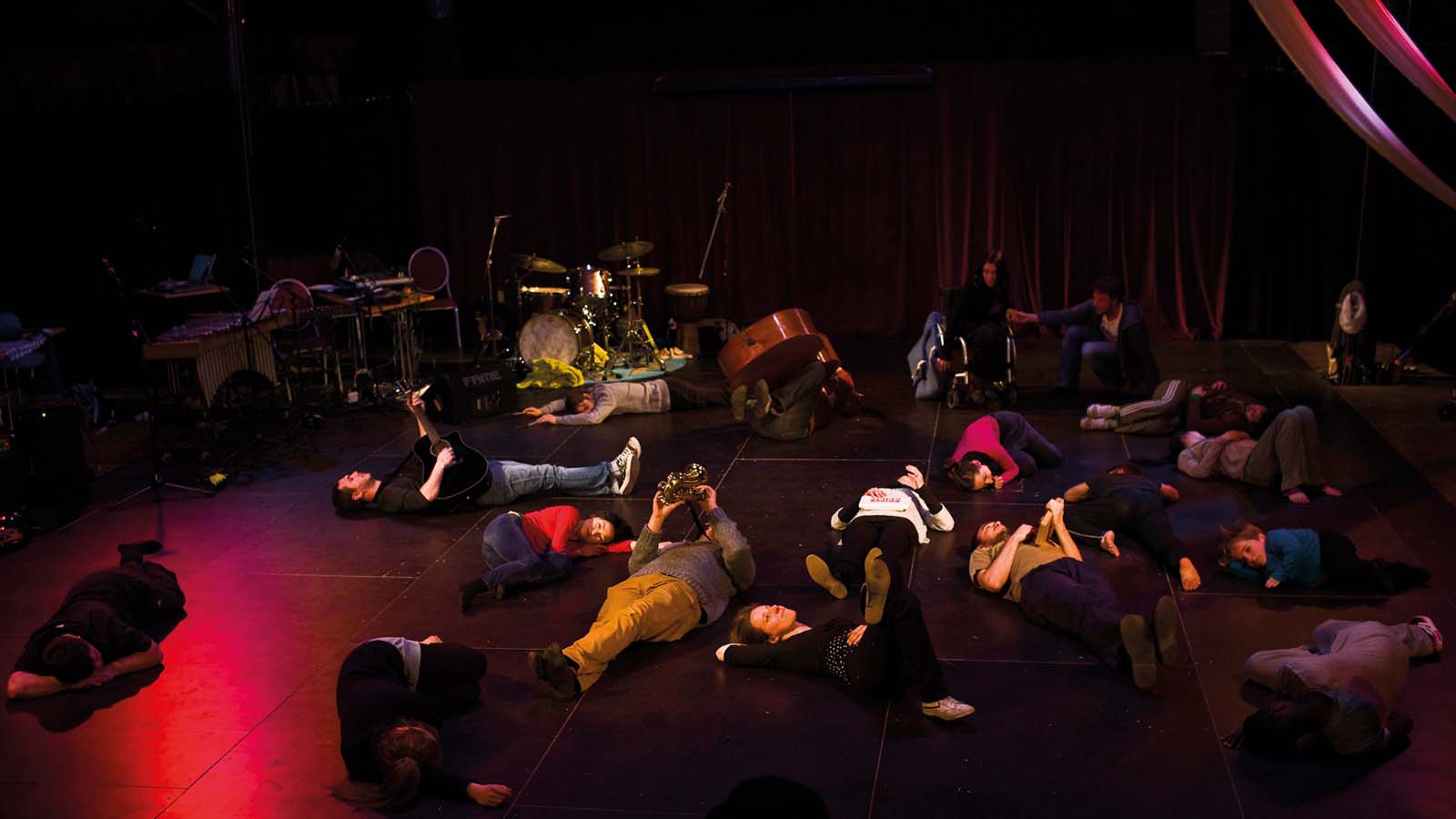 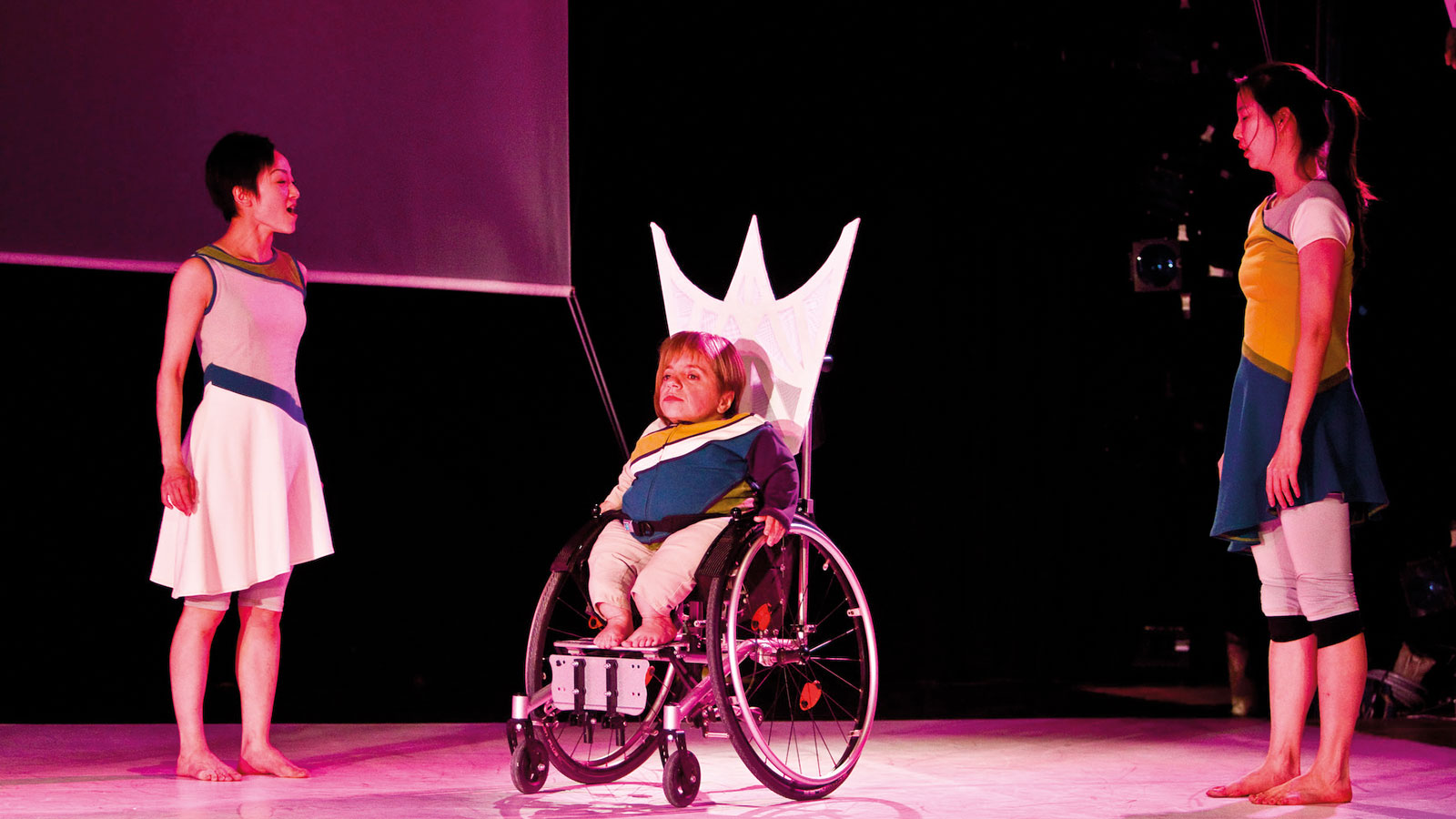 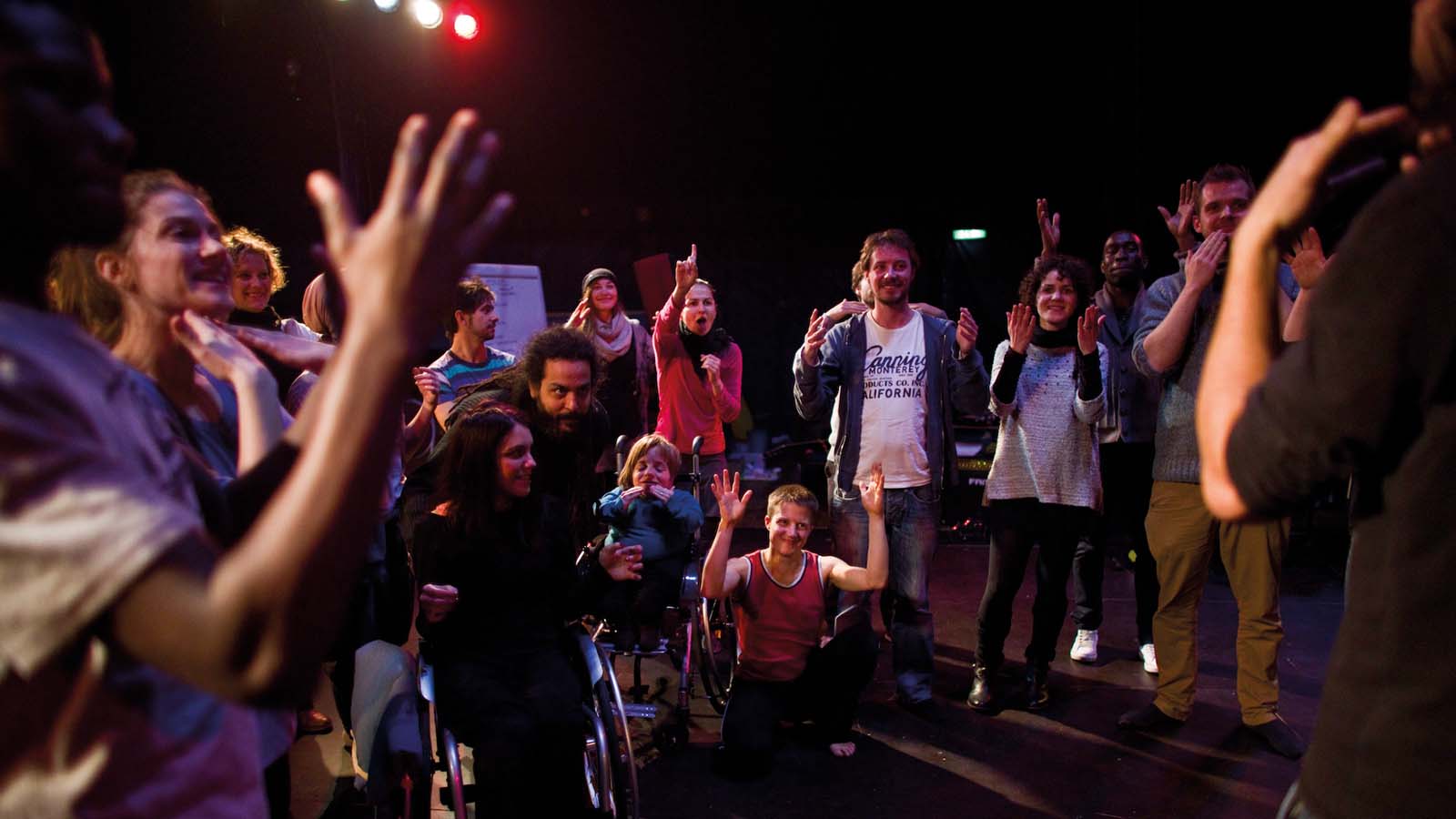 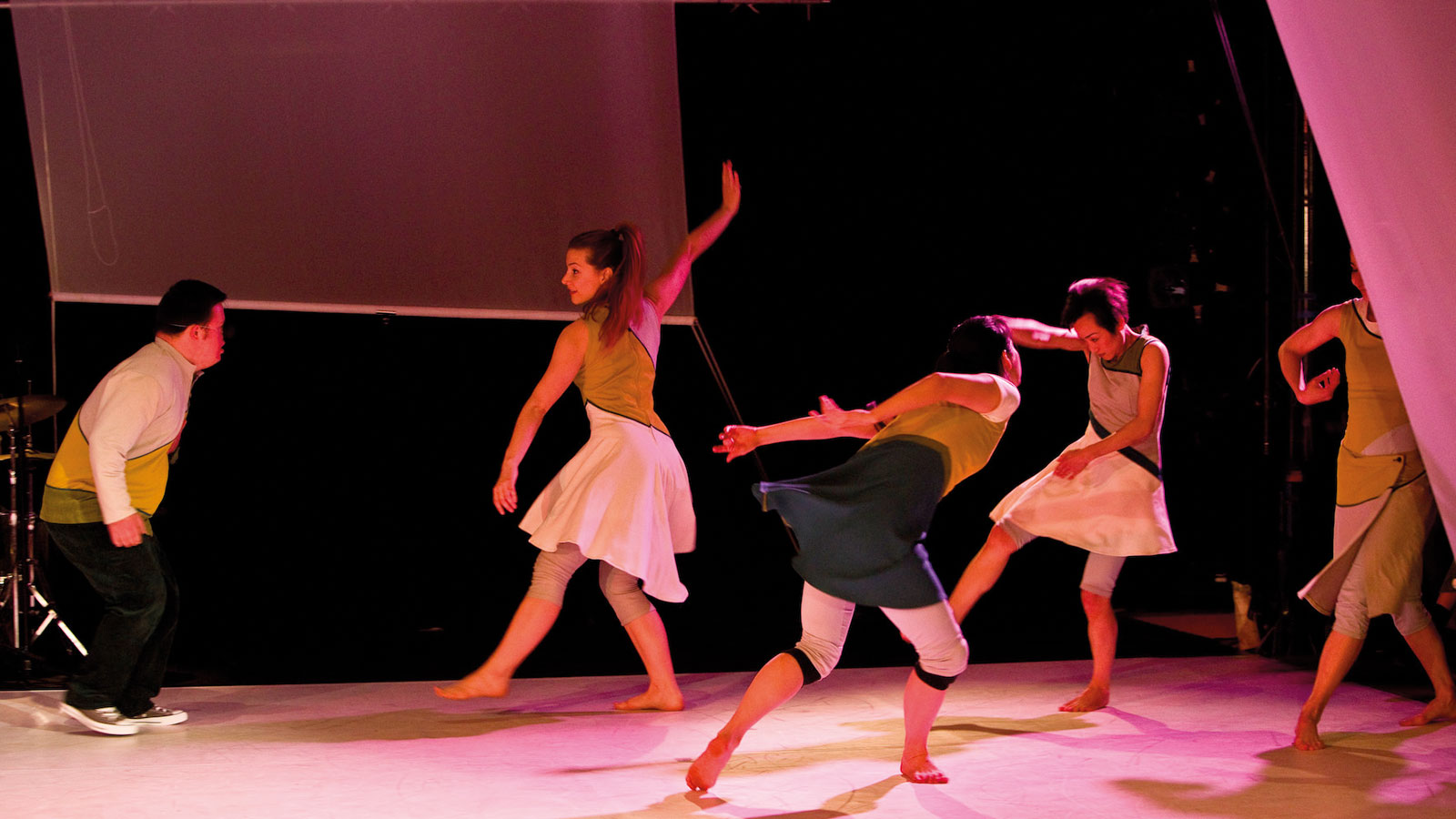 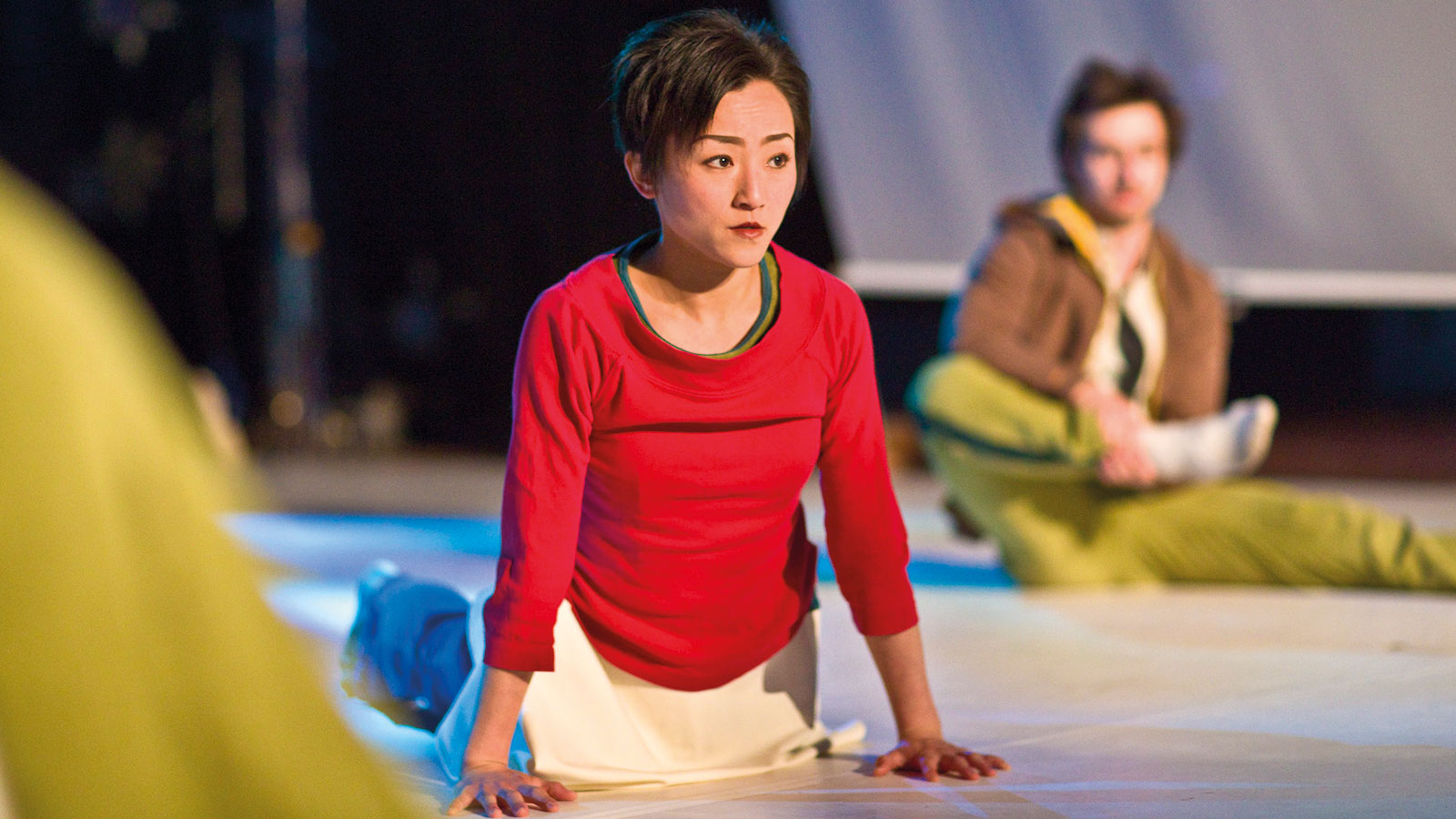 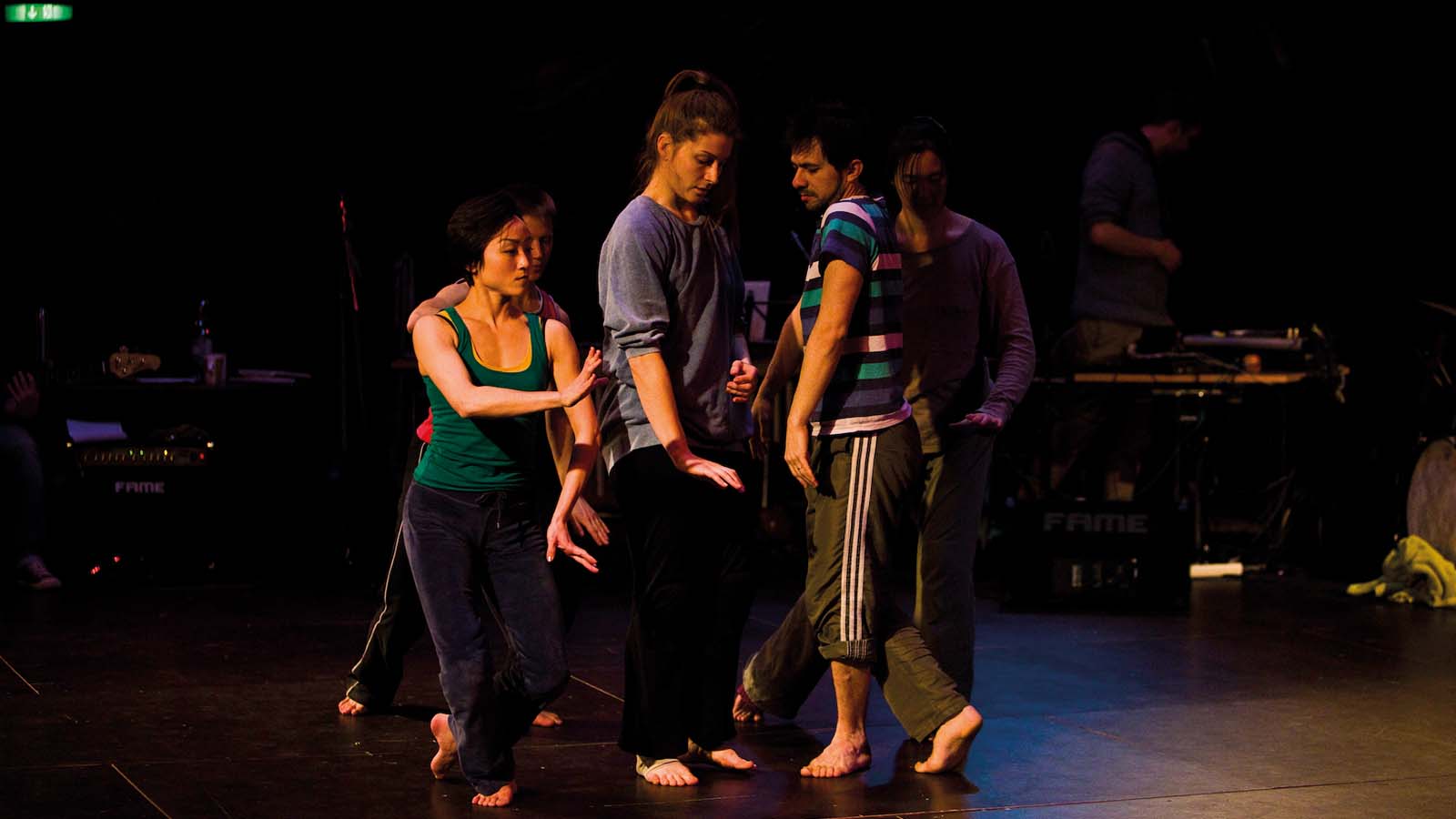 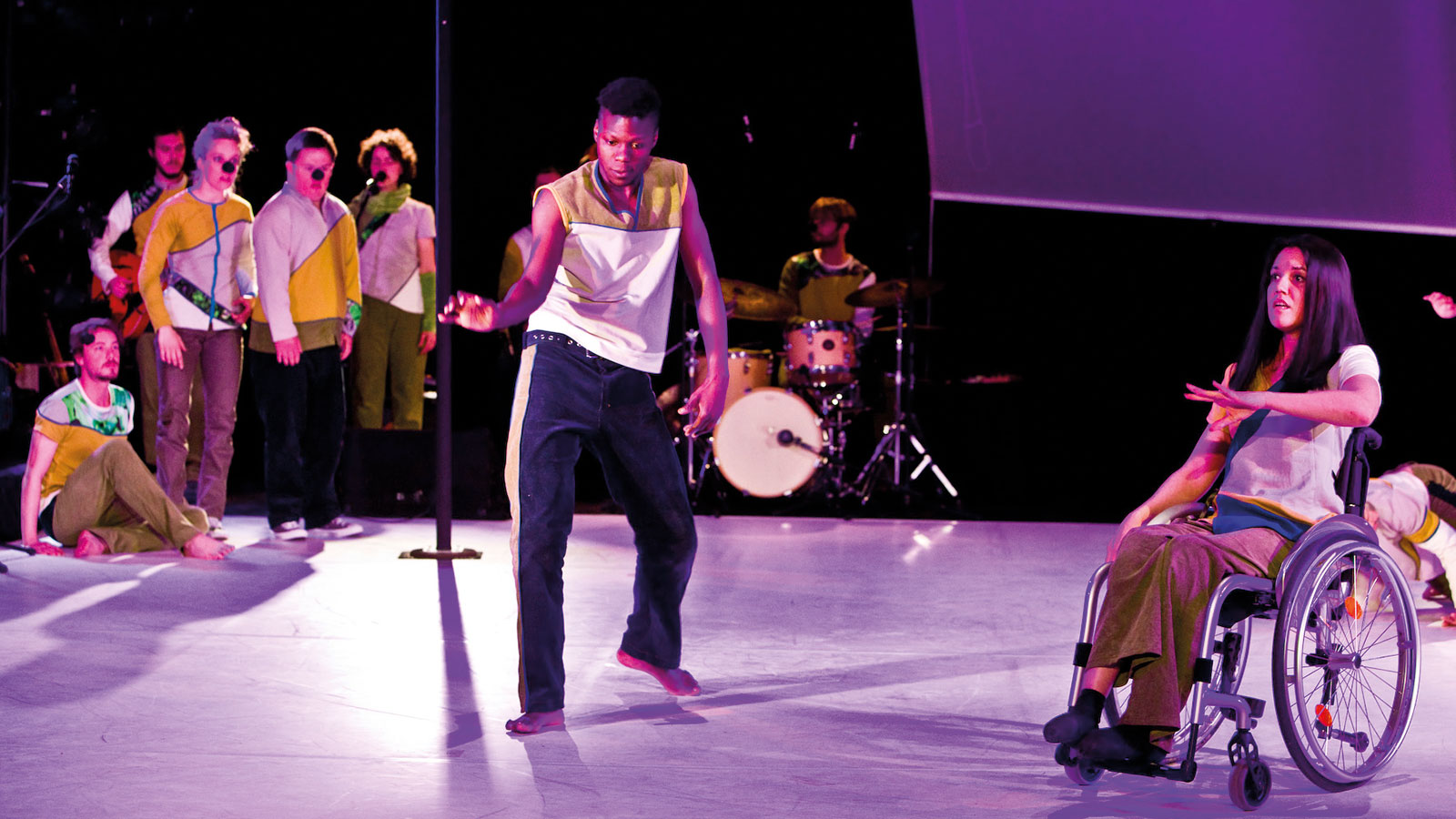 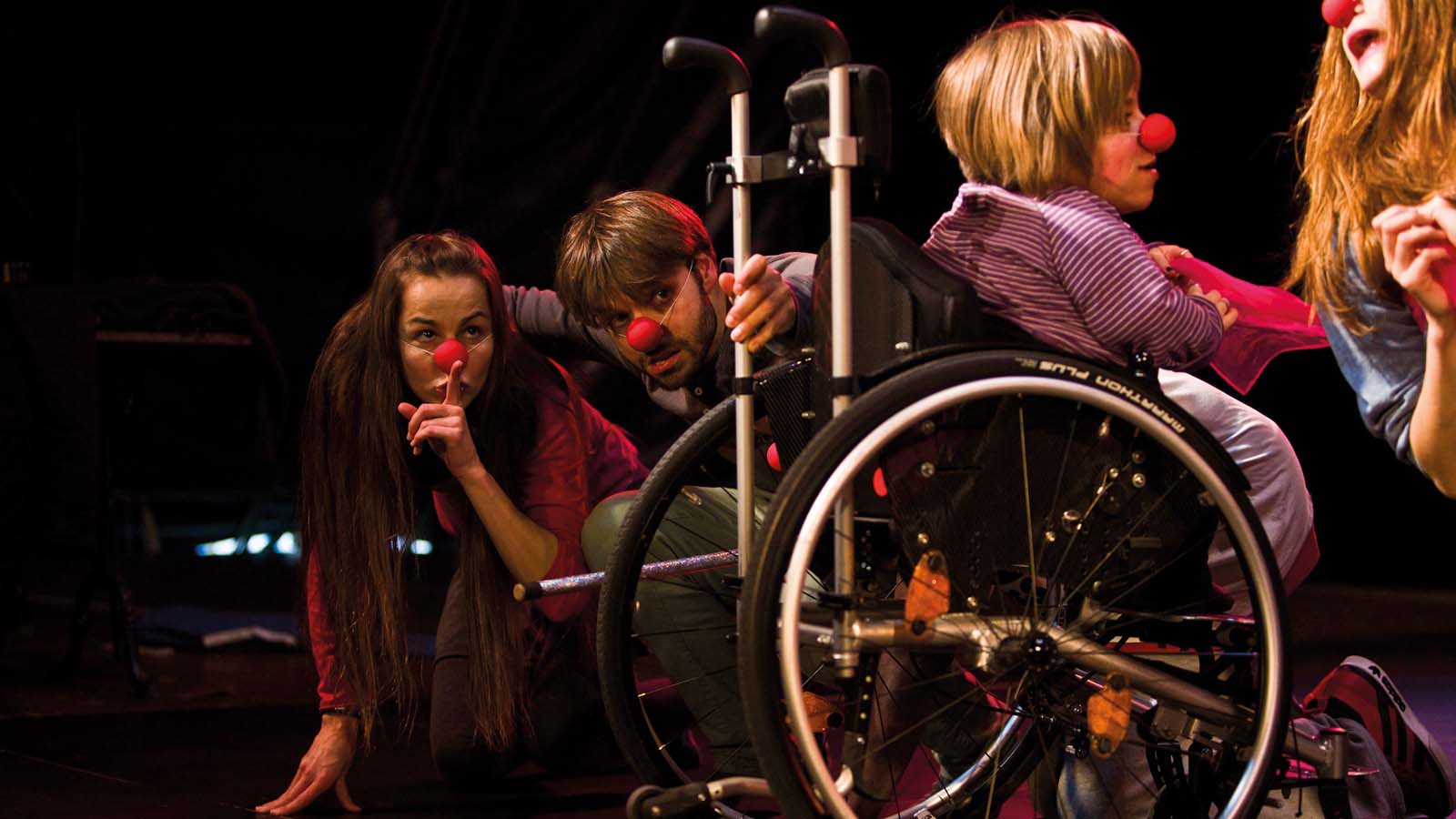 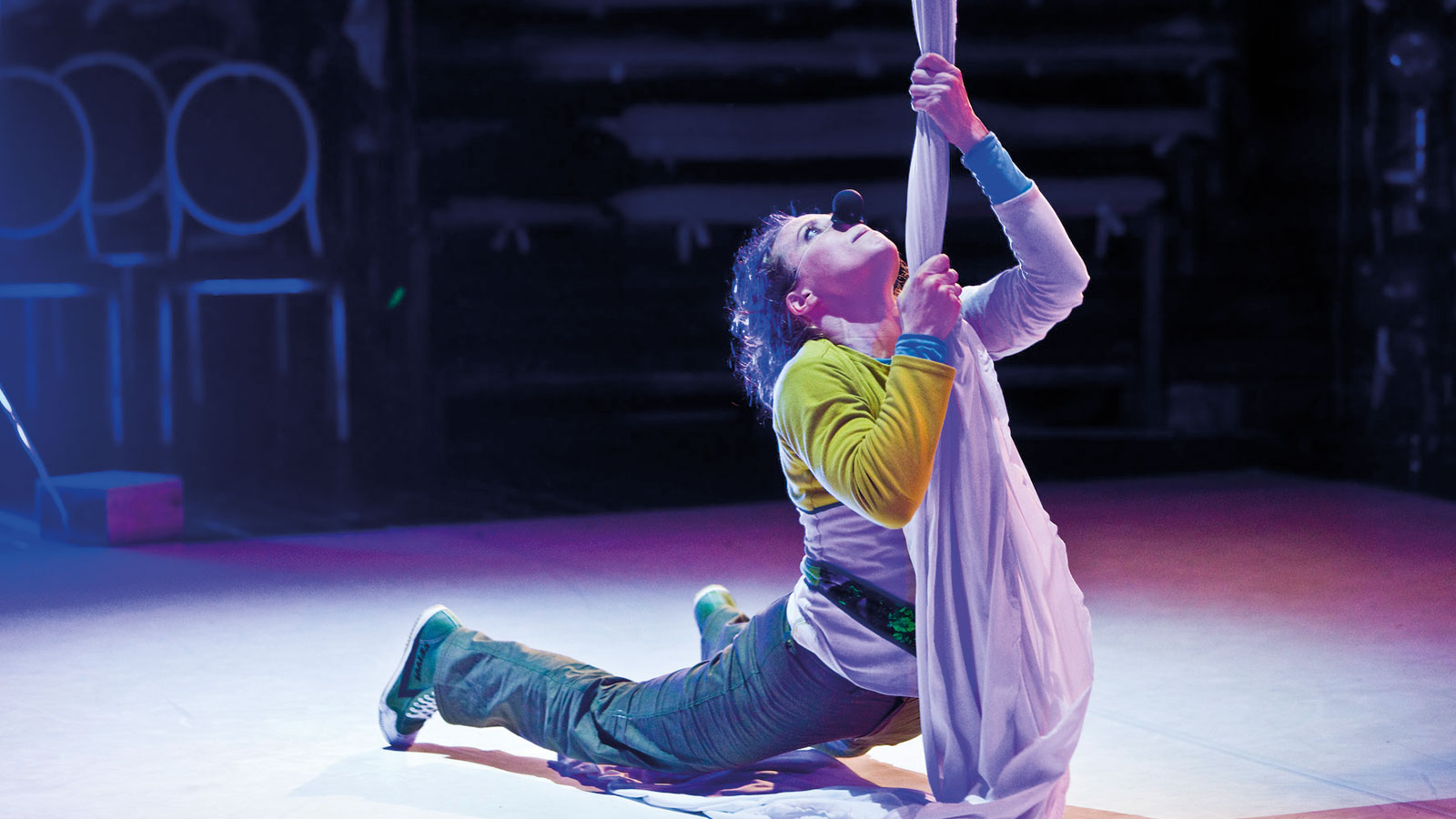 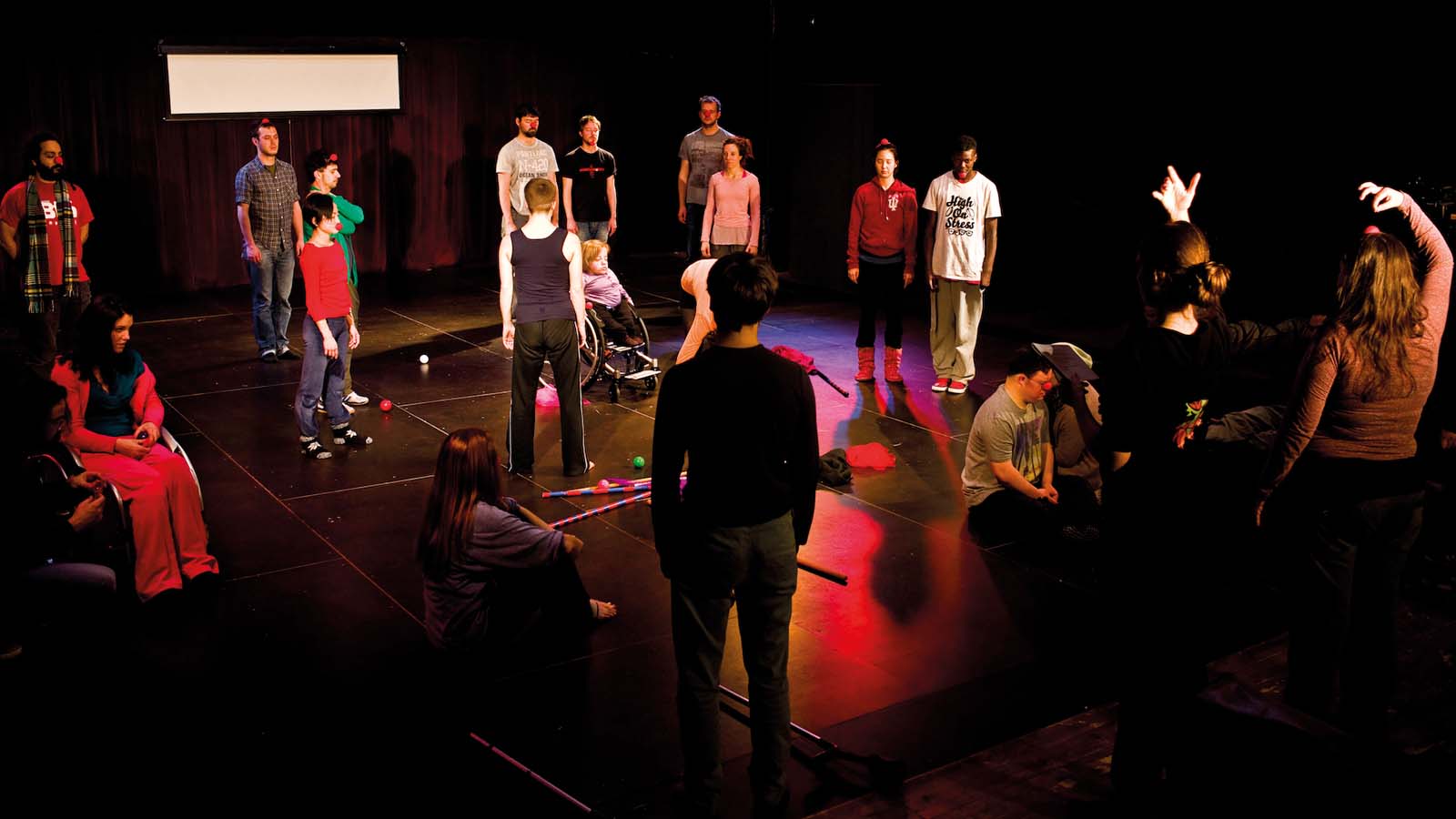 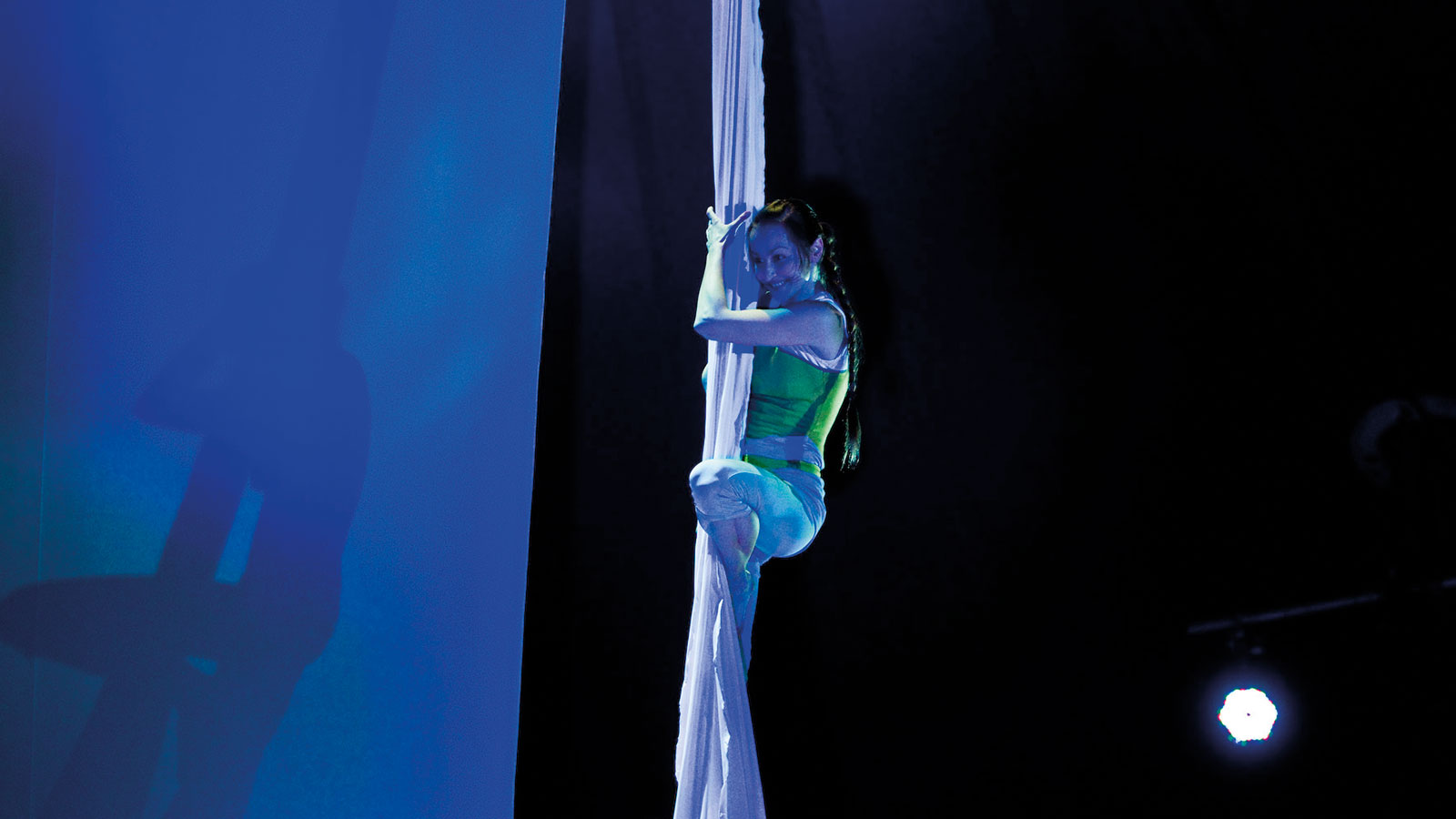 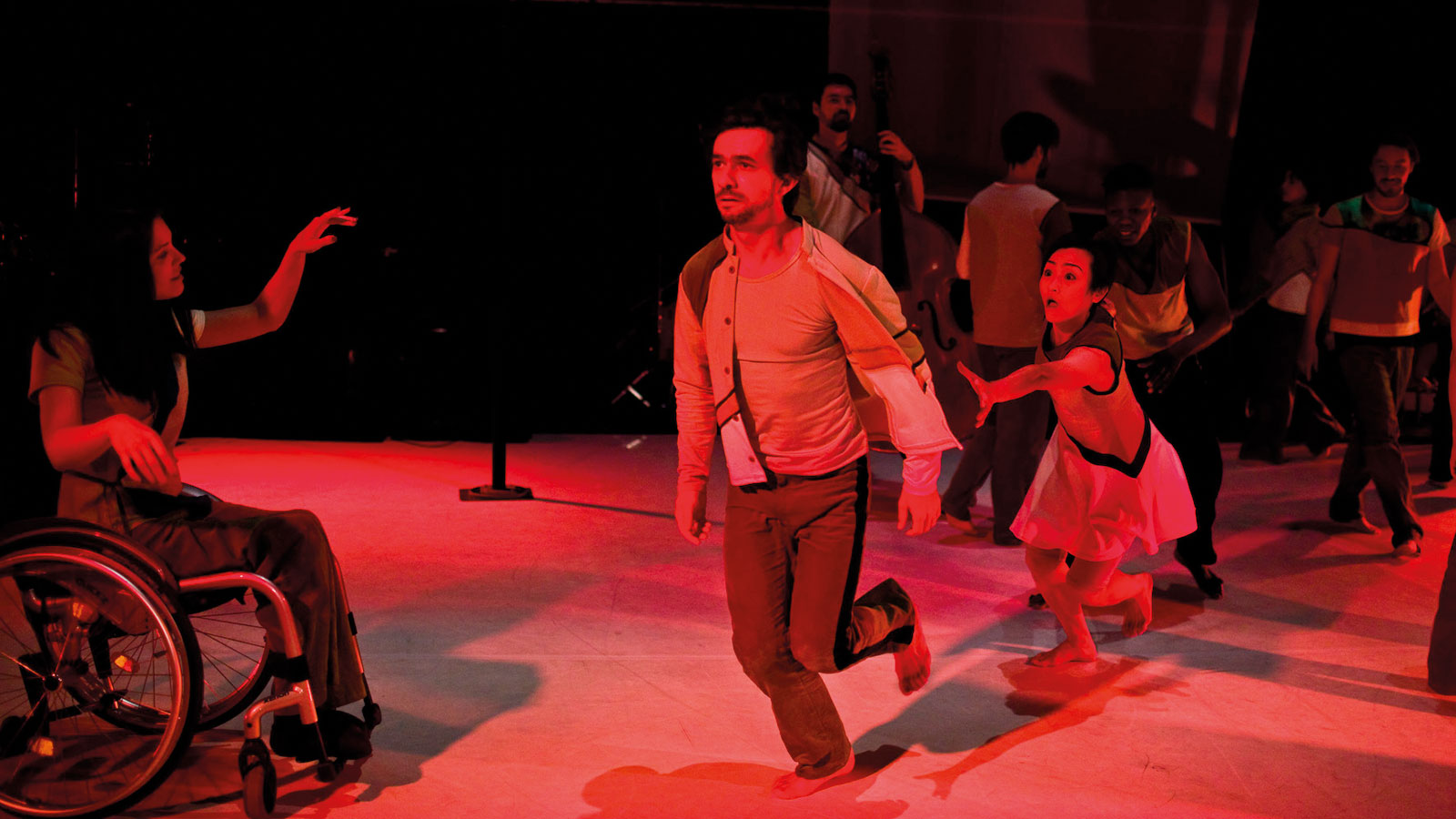 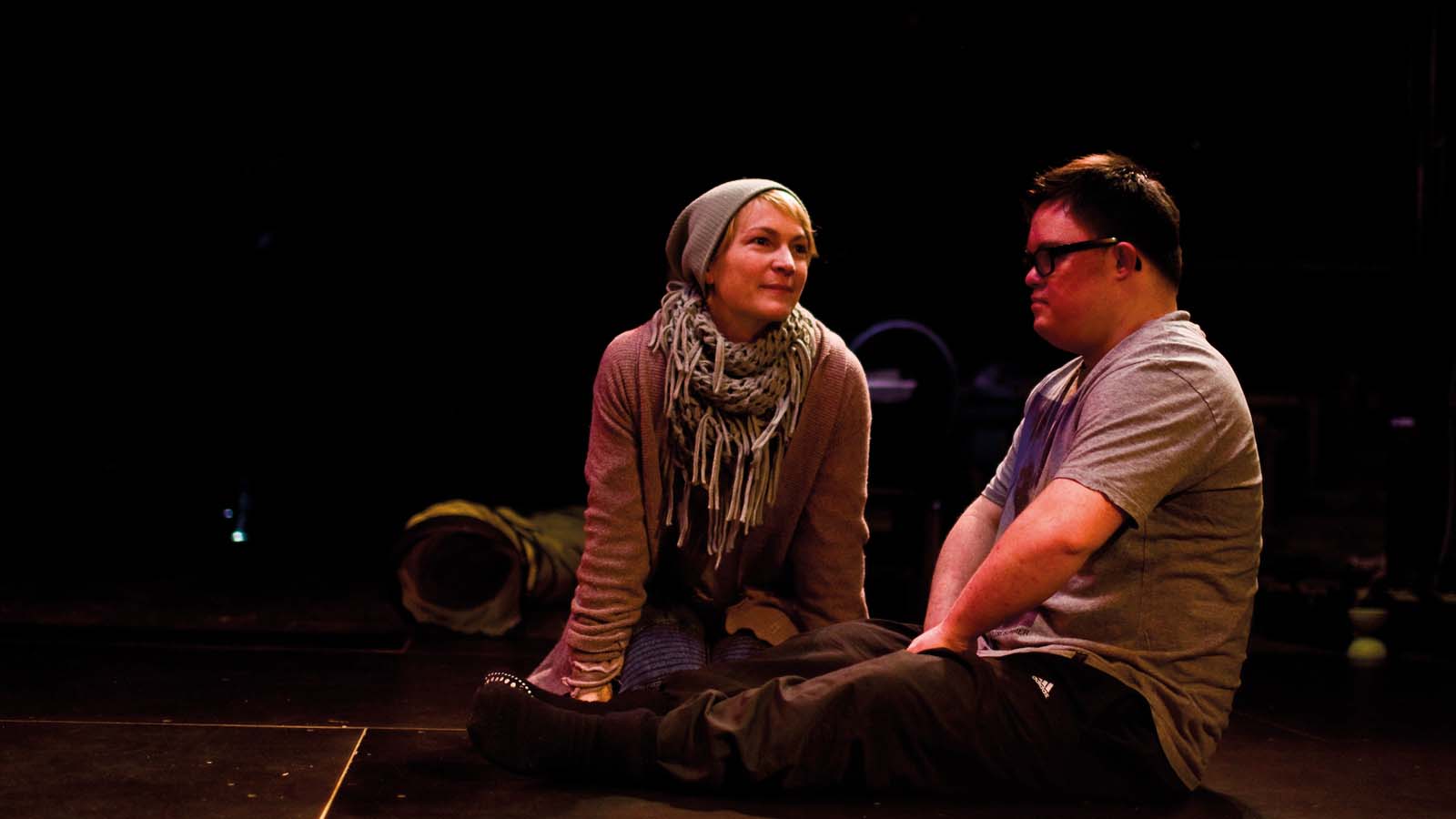 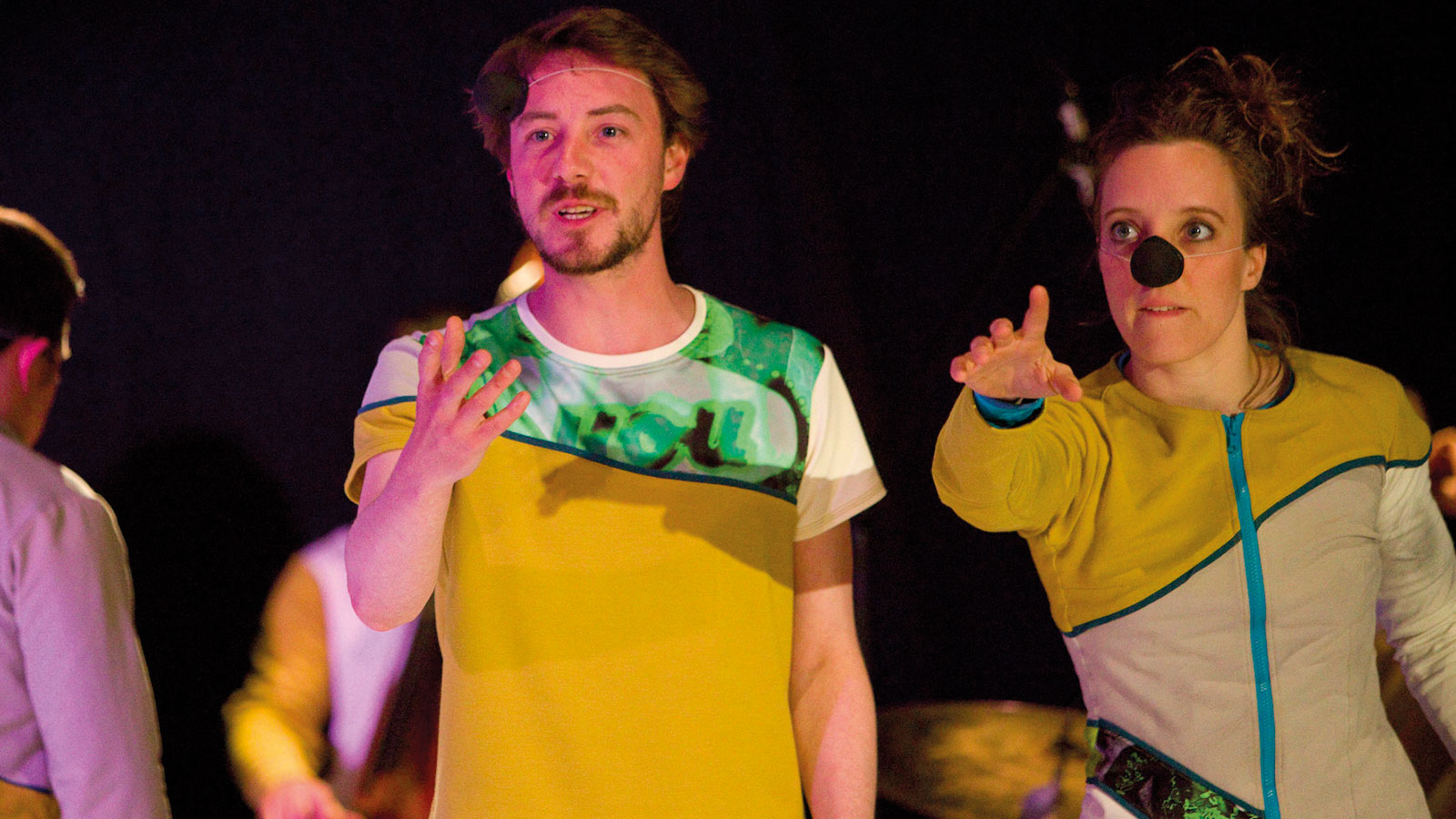 Differences are at the heart of the project. Everybody has a different language, culture and artistic expression. This is our source of inspiration.
Project term: November 2013 to December 2014

Verflüchtigung was a pilot project: Never before had Europe seen an inclusive, international and interdisciplinary theatre project of this kind. This was the beginning of unprecedented collaborations as well as the initial project that would later on give rise to the mixed-abled performing arts company Un-Label.

The project examined the possibilities, difficulties and viciousness of inclusion and socialisation processes. It took a critical look at the dangers and traps of social transformation imposed by politics; it looked into the speechlessness caused by the inclusion debate, general taboos, our conception of humanity and our quest for identity.

Can there be identity without otherness?

The deaf Czech acrobat, the actress in a wheelchair, the Spanish video artist and the Argentinean vibraphone player overcame all barriers and created a fusion work: In the end, accessibility is the first step towards an inclusive society – and it has to start in the mind of every single person.

The project and the resulting performance were presented to a broad audience at the Sommerblut Kulturfestival in Cologne, as well as during guest performances nationwide.