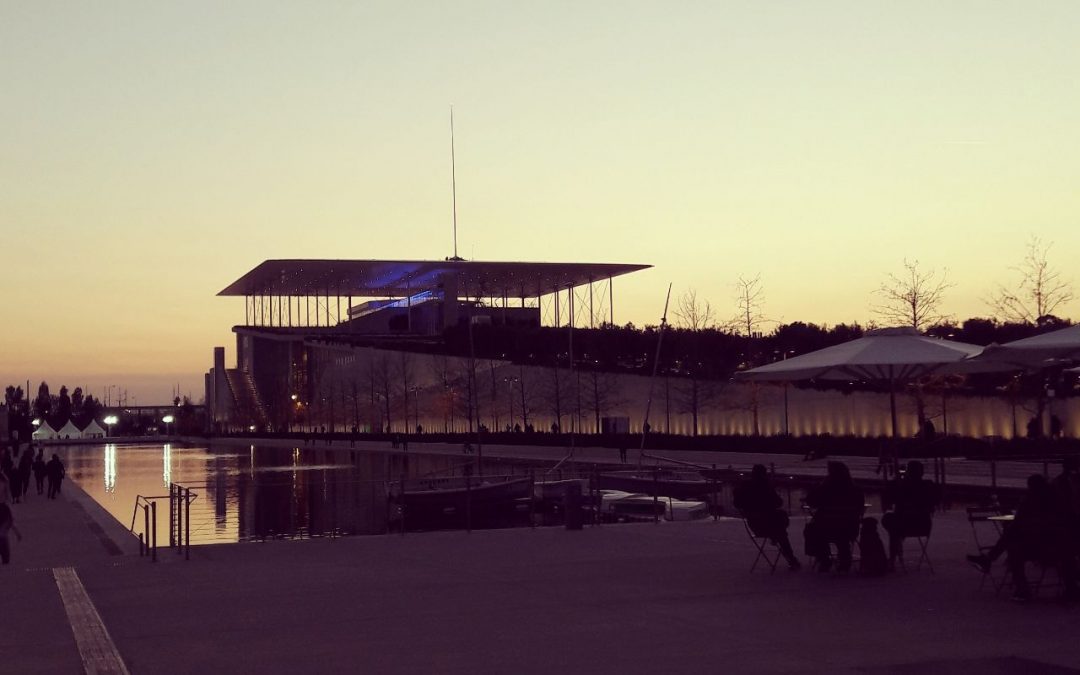 ImPArt explores the „aesthetics of access“ and utilizes accessibility for artistic innovation. In July we held the first part of our international artistic residency in Cologne, during which we developed three new performances. The performances are the result of an on-going process of artistic research. We spent 18 months exploring the possibilities of an artistic approach to accessibility. Auxiliary means such as sign language, subtitles or audio descriptions were developed into vital elements of the piece of art. A week ago we started the second part of the residency in Greece. On 8th September 2019 all three performances will premiere at the National Opera of Athens, Stravros Niarchos Cultural Center. The three new pieces each have their very own artistic approach to accessibility:

Gravity (and other attractions), implements the simple idea of creating a dance theatre performance based on its audio description. In Gravity the descriptive language is the inspiration, the script and the spoken text of the performance.
„Lolo and Tiki meet on a subway train. They travel through their imagination as they experience different ways of attraction.“
Director: Costas Lamproulis – Greece

Re:construction, is a multimedia reflexion on the limitations of language and the frustration of trying to express ones feelings. The exhibition discusses this inability to communicate, which is not necessarily linked to physical barriers, as the inspirational source of creative work. Videos, soundscapes and performance fragments invite the audience to create their own narrative.
Director: Leib+Seele Produktionen – Germany

The Little Prince, is an accessible mix-genre performance inspired by the well known story written by the author and pilot Antoine de Saint-Exupéry. He tells the story of an adult who meets his inner child, which appears to him as a little prince. This story is full of humanistic values and has been passed on from generation to generation for more than 75 years.
Director: Vahan Badalyan – Armenia